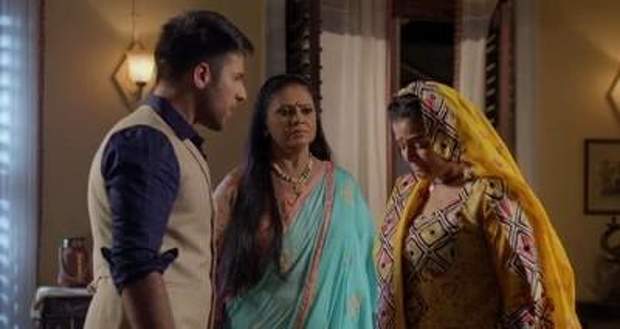 In the upcoming episodes of Yeh Rishtey H Pyaar Ke serial, Kunal will soon get upset with Parul for being irresponsible with sleeping pills and putting Abir’s life in danger.

Up until now in YRHPK story, Meenakshi created differences between Kuhu and Mishti while later Abir’s life got in danger. Mishti thinks Kuhu has done it while Kuhu is scared.

Now as per the latest gossip news of Yeh Rishtey Hain Pyaar K serial, Mishti and Kuhu will get into an argument as planned by Meenakshi while later Mishti will also slap Kuhu.

Further, Meenakshi will put the blame on Parul for being careless with the medicines and the whole blame will fall on her. Kunal will also get upset with his birth mother according to the spoiler updates of Yeh Rishtey Hai Pyaar Ke serial.

© Copyright serialsindia.com, 2018, 2019, 2020. All Rights Reserved. Unauthorized use and/or duplication of this material without written permission from serialsindia.com is strictly prohibited.
Cached Saved on: Saturday 28th of January 2023 12:03:39 PM