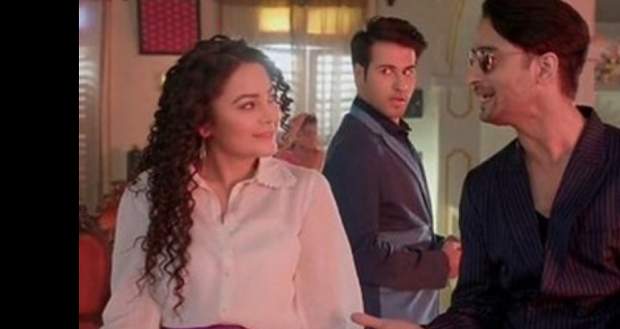 In the upcoming episodes of Yeh Rishtey H Pyaar Ke serial, Abir will be forced to face a tough challenge as he would be asked to identify Mishti among a set of girls.

Up until now in YRHPK story, Mishti broke Nishant’s heart and Meenakshi accepted Mishti for Abir. Later, Abir asked Meenakshi to not be a part of the marriage.

Now as per the latest gossip news of Yeh Rishtey Hain Pyaar K serial, Rajvansh and Maheshwari family will gear up for Abir and Mishti’s wedding.

Both the families will be dressed in a combination of purple and white. Later, Abir will face a tough challenge as Kuhu will ask her to identify Mishti among a set of girls with covered faces.

However, Abir will identify his Mishti with the help of Rajshri according to the spoiler updates of Yeh Rishtey Hai Pyaar Ke serial.

© Copyright serialsindia.com, 2018, 2019, 2020. All Rights Reserved. Unauthorized use and/or duplication of this material without written permission from serialsindia.com is strictly prohibited.
Cached Saved on: Sunday 5th of February 2023 02:55:10 AM