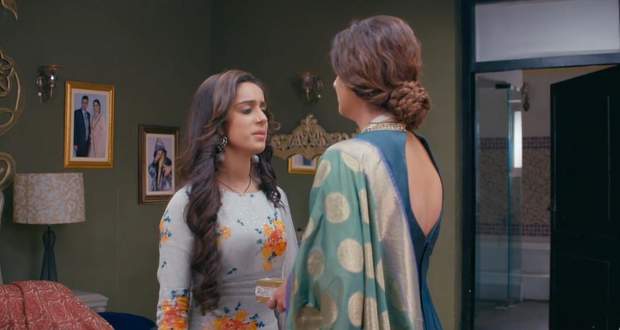 Yeh Hai Chahatein Latest Gossip: Preesha to confront Sharda for lying to her

In the forthcoming episodes of Yeh Hai Chahatein serial, Preesha will confront Sharda of her lies after seeing her at the jewellery shop.

Up until now in YHC serial, Rudraksh is framed for Keerti's murder while Preesha is still trying to catch the real culprit. Meanwhile, police found the same earring in Sharda's room they found at the crime scene.

Now as per the upcoming twists of Yeh Hai Chahatein serial, Sharda will lie to Preesha of going to the doctor while she will go to a jewellery shop.

Further, Preesha will go after her and will make a video of her telling the jeweller to make the same earring that she has to form a pair. Later, Preesha will confront her about it according to the spoiler alerts of YHC.

Let's see what explanation does Sharda give in the future episodes of Yeh Hai Chahatein.

© Copyright serialsindia.com, 2018, 2019, 2020. All Rights Reserved. Unauthorized use and/or duplication of this material without written permission from serialsindia.com is strictly prohibited.
Cached Saved on: Saturday 2nd of July 2022 12:44:55 AM