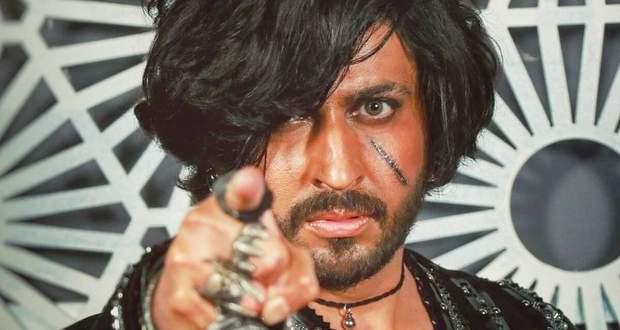 Naagin 5 Latest Gossip: Aakesh to come back in Kalyug

In the upcoming episodes of Naagin 5, Bani will be shocked to see Aakesh in the Kalyug.

Up until now in Naagin 5 story, Veer tried to kill Jai by pushing him off the cliff but Bani saved him. Later, Veer decided to prove that Jai is not a faithful person.

Now as per the recent gossips of Naagin 5, Bani and Aakesh will get face to face and Bani will be shocked to see him in Kalyug. Meanwhile, Aakesh will try to flirt with Bani and then will take his Cheel avatar.

Further, Bani will also take her Naagin avatar in front of Aakesh and will recall the time when Naageshwari killed Aakesh according to the latest spoilers of Nagin 5 serial.

Let’s see how Bani will deal with Aakesh in the Kalyug in the upcoming story of Nagin 5 serial.

© Copyright serialsindia.com, 2018, 2019, 2020. All Rights Reserved. Unauthorized use and/or duplication of this material without written permission from serialsindia.com is strictly prohibited.
Cached Saved on: Wednesday 1st of February 2023 06:25:06 PM