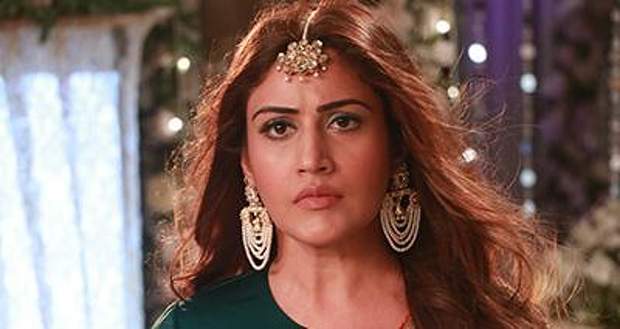 Naagin 5 Gossip: Bani to get suspicious of Veer's actions

In the upcoming episodes of Naagin 5 serial, Bani will be suspicious of Veer’s changed behaviour and actions.

Up until now in Nagin 5 story, Jai trapped Veer and released Shakura to change his form to Veer but Shakura disguised as Aakesh. Further, Aakesh aka Shakura told Balwant that he recalled everything from his past life.

Now based on the serial gossips of Naagin 5, Bani will get suspicious of Veer’s changed behaviour. She will make a plan to expose the truth of Veer and will call him to the cave to get the Gandhak Pathar.

Meanwhile, Aakesh aka Shakura will be warned by Jai not to fall into Bani’s trap according to the latest twists of Naagin 5 serial.

Let’s see if Bani will be successful in her plan or not in the future story of Naagin 5 serial.

© Copyright serialsindia.com, 2018, 2019, 2020. All Rights Reserved. Unauthorized use and/or duplication of this material without written permission from serialsindia.com is strictly prohibited.
Cached Saved on: Tuesday 16th of August 2022 12:12:30 PM