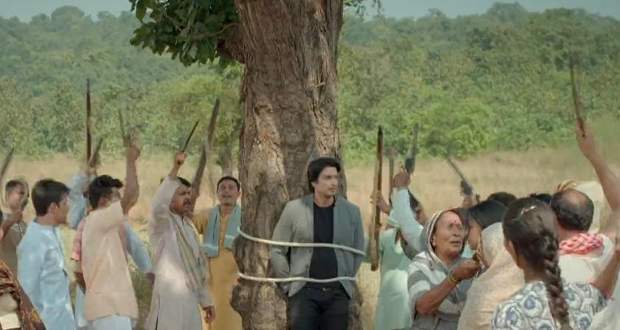 Imli Upcoming Story : Villagers to tie Aditya to a tree

In the forthcoming episodes of Imli serial, Villagers will tie Aditya to a tree and will force him to marry Imlie.

Up until now in Imli serial, Aditya got hurt on his feet and wanted to reach Chandu's house.

Further, Imlie decided to take him to Chandu's house on her bicycle while it started raining.

Now as per the gossip twists of Imli serial, there will be storm due to which Imlie and Aditya will go into a hut for shelter as it will get late at night.

Afterwards, villagers will find them together in the hut the next morning and will misinterpret the situation. They will tie Aditya to a tree while Imlie's Dadi will say that Aditya will have to marry Imlie.

Let's see how will Imlie save Aditya in the future episodes of Imli serial.