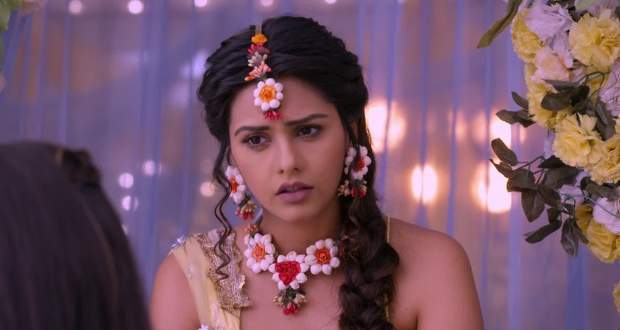 The good will once again win over the evil as Antara will take her last breath on the Dussehra festival in the forthcoming episodes of GTNHP serial.

Akshat is happy with Antara while Guddan is suspicious of Akshat’s changed behavior. Also, the intriguing promo has revealed the evil ploy of Antara wherein she ties Guddan to the Raavan cut out.

Now as per the latest spoilers of Guddan Tumse Na Ho Paega serial, despite Antara’s efforts, Guddan will be saved by Akshat on right time.

Also, in a shocking turn of events, Antara will be the one to burn alive along with the Raavan according to the gossip updates of Guddan serial. Also, Antara's exit will bring in her daughter who will create troubles for Akshat and Guddan.

© Copyright serialsindia.com, 2018, 2019, 2020. All Rights Reserved. Unauthorized use and/or duplication of this material without written permission from serialsindia.com is strictly prohibited.
Cached Saved on: Sunday 5th of February 2023 04:23:38 AM