In the forthcoming episodes of Guddan Tumse Na Ho Payega Serial, Guddan will demand the legal rights of being Agastya's wife while Pushpa will oppose the decision.

Up until now in the GTNHP story, Guddan felt betrayed after finding out that Niya was Agastya's first wife.

Further, Agastya decided to leave the Birla House forever as a way to punish himself but Guddan stopped him from doing so.

Now as per the serial gossips of Guddan Tumse Na Ho Payega, Guddan will want the legal rights of being Agastya's wife but Pushpa will not approve of her demand.

However, Agastya will agree to Guddan's condition of giving her the legal rights after which both of them will start their Diwali celebrations meanwhile Pushpa will suddenly change her behaviour and will apologize to Guddan.

Let's see if Pushpa has realized her mistake or is pretending for her selfish motives in the future story of GTNHP. 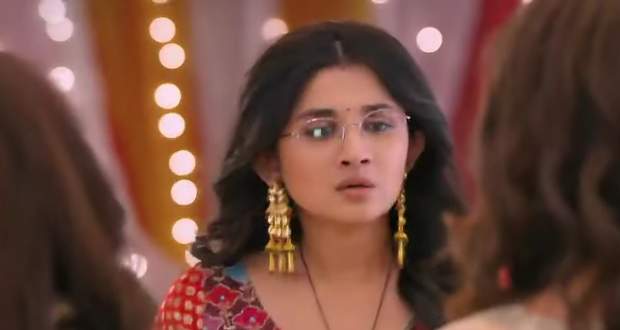 Guddan Tumse Na Ho Payega Spoiler: Guddan to get the shock of her life

© Copyright serialsindia.com, 2018, 2019, 2020. All Rights Reserved. Unauthorized use and/or duplication of this material without written permission from serialsindia.com is strictly prohibited.
Cached Saved on: Monday 6th of February 2023 05:11:50 AM