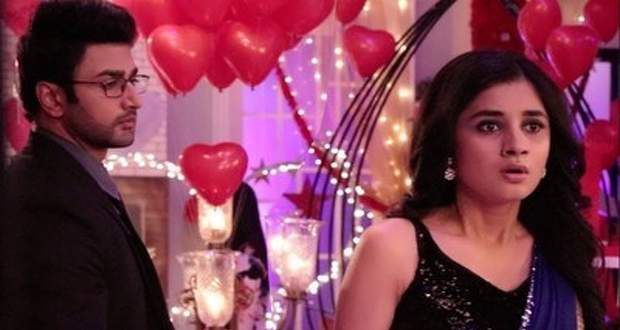 In the forthcoming episodes of GTNHP serial, Akshat and Guddan will be at loggerheads and will be seen in whole new avatars.

Up until now in Zee TV’s popular serial Guddan Tumse Na Paega, Angad lost his life for which Guddan was held responsible by Akshat.

We also informed our viewers about the show taking a short leap post which Guddan and Akshat will be seen in new avatars.

Now according to per the latest spoilers of Guddan Tumse Na Ho Paega serial, Akshat and Guddan will have changed behaviors after the leap.

Guddan will turn into an independent girl, struggling to keep up with challenges of life. Angad will also return to his original angry man form.

Also, based on the gossips of Guddan serial, the couple will turn enemies and will not be able to stand each other’s presence.

© Copyright serialsindia.com, 2018, 2019, 2020. All Rights Reserved. Unauthorized use and/or duplication of this material without written permission from serialsindia.com is strictly prohibited.
Cached Saved on: Monday 6th of February 2023 06:11:51 AM