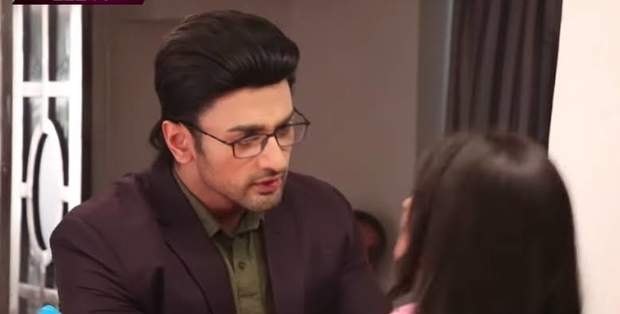 In the forthcoming episodes of GTNHP serial, Akshat will take a huge step to improve Alisha’s behavior and will decide to tie her to a chair with rope.

Up until now in Guddan Tumse Na Paega story, Alisha planned to create havoc in Jindal house by planting a bomb in the temple.

However, Guddan found clues and searched for the bomb. She later found it in the temple and defused it successfully.

Now according to the latest spoilers of Guddan Tumse Na Ho Paega serial, Akshat will get mad at Alisha for putting their lives in danger and creating constant problems.

He will decide to tie her to a chair with the help of rope and will instruct everyone to not help her. Guddan will try to oppose but Akshat will stick to his decision as per the gossips of Guddan serial.

© Copyright serialsindia.com, 2018, 2019, 2020. All Rights Reserved. Unauthorized use and/or duplication of this material without written permission from serialsindia.com is strictly prohibited.
Cached Saved on: Wednesday 1st of February 2023 09:07:14 PM