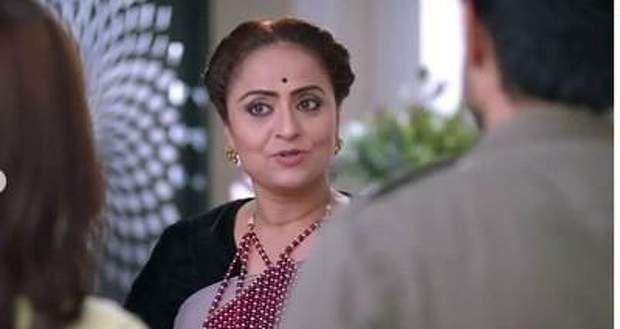 Divya Drishti Gossip Alert: Mahima to not get the Kaal Vijay Ratna?

Despite the death of Divya and Drishti, Mahima won’t be able to get the Kaal Vijay Ratna in the future episodes of Divya Drishti serial.

Up until now in Divya-Drishti serial, Mahima was exposed as the real Laal Chakor while Rakshit was left shattered to learn the truth. Also, Divya and Drishti later sacrificed their lives to save their family.

Now based on the spoiler twist of Divya Drishti serial, Pishachini and Mahima will fight for Kaal Vijay Ratna but still, the Ratna will go missing.

The priest will inform that they can’t get the Ratna unless Divya and Drishti’s soul rest in peace. Later, Mahima and Pishachini will organize a Pooja but the holy water will turn into blood.

The priest will declare that Mahima and Pishachini have killed four innocents and they won’t get peace. Divya and Drishti’s spirits will restrict Mahima from getting the Ratna as per the gossips of Divya Drishti serial.

© Copyright serialsindia.com, 2018, 2019, 2020. All Rights Reserved. Unauthorized use and/or duplication of this material without written permission from serialsindia.com is strictly prohibited.
Cached Saved on: Monday 6th of February 2023 06:11:15 AM