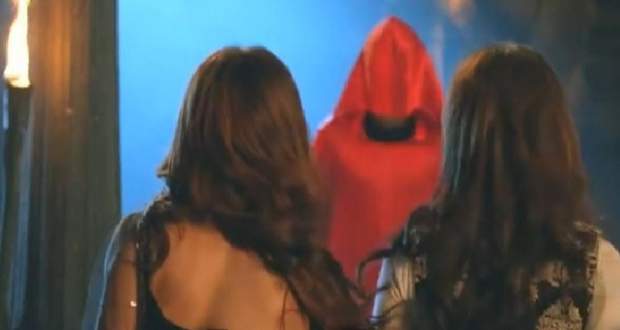 Divya and Drishti will make a plan to expose Laal Chakor and Mahima will be revealed as the real villain in the future episodes of Divya Drishti serial.

Up until now in Divya-Drishti serial, Divya and Drishti are trying to save their family from Lal Chakor but have lost many family members.

Pishachini is also helping him and has trapped them in the house using walls.

Now based on the spoiler twist of Divya Drishti serial, Divya and Drishti will soon escape the house along with Rakshit and Shikhar. Romi would be left behind and would get killed by Lal Chakor.

Later, Divya will enter the house as per their plan and will bring Pishachini and Lal Chakor at the childhood place. Laal Chakor will be forced to reveal his true identity.

Also, Rakshit will be about to attack when he will get shocked to see that Mahima is the real Laal Chakor as per the gossips of Divya Drishti serial.

© Copyright serialsindia.com, 2018, 2019, 2020. All Rights Reserved. Unauthorized use and/or duplication of this material without written permission from serialsindia.com is strictly prohibited.
Cached Saved on: Monday 6th of February 2023 05:06:21 AM