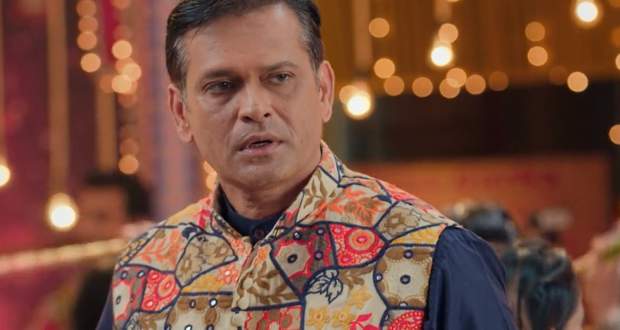 In the upcoming episodes of Yeh Rishtey H Pyaar Ke serial, Mehul’s negative side will be revealed along with his motives to return in Abir’s life.

Up until now in YRHPK story, Meenakshi is not happy with Mehul’s arrival but is compelled to let him stay for Abir. Mehul has further created problems by asking Mishti’s hand for Abir.

Meanwhile, Kunal is adamant to stop the marriage and is making his own plans to get rid of Mishti.

Based on the latest gossip alerts of Yeh Rishtey Hain Pyaar K serial, Mehul’s true face will be exposed wherein he will be seen talking to the head of the villagers.

The villagers will be the same people who came to attack Mehul on Abir’s birthday. The reality will be that Mehul hired those people to create a negative image of Meenakshi.

Mehul has returned for only one mission and that is to create differences between Abir and Meenakshi according to the spoiler updates of Yeh Rishtey Hai Pyaar Ke serial.

© Copyright serialsindia.com, 2018, 2019, 2020. All Rights Reserved. Unauthorized use and/or duplication of this material without written permission from serialsindia.com is strictly prohibited.
Cached Saved on: Saturday 28th of January 2023 01:19:23 PM