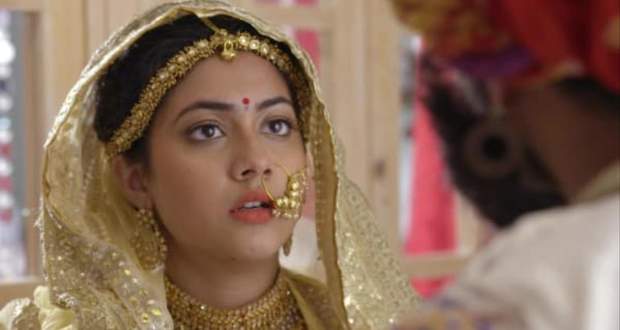 Tujhse Hai Raabta Gossip: Kalyani to replace as Yashwant's daughter as a bride

In the forthcoming episodes of Tujse Hai Raabta Serial, Kalyani will dress up as a bride and will take place of Yashwant's daughter.

The present story of Tujhse H Raabta Serial circulates around Kalyani taking an oath to find Moksh before the end of Navratri festival. Later, she and Malhar came to know that Yashwant knows about Moksh's location and try to track him down.

Now as per the latest twists of THR serial, Malhar will be informed that Yashwant is in Pune. However, Kalyani will contact his daughter and will find out that he is not in Pune but is at his house. Furthermore, Kalyani will reach his place and dress up as a bride to misguide him that she is his daughter.

Afterwards, she will recite her plan to Malhar and he will also rush to Yashwant's house to get a hold of him according to spoiler alert of Tujse Hain Raabta.

Let's see if the couple will be able to catch Yashwant in the future episodes of Tujhse Hai Rabta.

© Copyright serialsindia.com, 2018, 2019, 2020. All Rights Reserved. Unauthorized use and/or duplication of this material without written permission from serialsindia.com is strictly prohibited.
Cached Saved on: Wednesday 27th of January 2021 05:48:32 AM