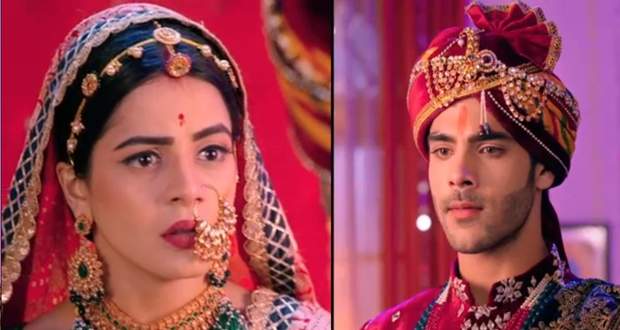 In the upcoming episodes of Shakti Astitva Ke Ehsaas Ki serial, Virat will confront Heer about her true identity.

So far in Shakti story, Virat and Heer convinced everyone for their marriage, while Preeto was against their marriage but later she agreed.

Meanwhile, Mallika had a bad vision about Heer and she asked Preeto to stop Virat and Heer’s marriage.

Now based on the serial spoilers of Shakti Astitva Ke Ehsaas Ki, Virat and Heer will get married peacefully and will about to start their new life.

Further, they will have a romantic night after their marriage but Virat will be afraid to confront her about her true identity.

Heer will question him for his upset mood, while Virat will try to gain the courage to face Heer’s questions according to the latest update of Shakti serial.

Let’s see if Virat will be able to face Heer or not in the future story of Shakti Astitva Ke Ehsaas Ki serial.

© Copyright serialsindia.com, 2018, 2019, 2020. All Rights Reserved. Unauthorized use and/or duplication of this material without written permission from serialsindia.com is strictly prohibited.
Cached Saved on: Wednesday 1st of February 2023 06:19:15 PM