In the upcoming episodes of Shakti Astitva Ke Ehsaas Ki serial, Parmeet will put a condition in front of Heer and will ask her to shoot herself.

So far in Shakti story, Virat and Heer got married but Parmeet refused to accept Heer as her daughter in law.

Meanwhile, Heer decided to make Virat’s family accept her as her daughter but Parmeet started torturing her mentally and emotionally.

Now as per the latest spoiler of Shakti, Heer will request Parmeet to give her Sargi for Karvachauth but Parmeet will put a condition in front of her.

She will video call Preeto and will ask Heer to shoot herself with a gun in front of them.

Further, Heer will take the gun and will shoot a bullet at herself according to the future twists of Shakti Astitva Ke Ehsaas Ki serial.

Let’s see what happens next in the future story of Shakti Astitva Ke Ehsaas Ki serial. 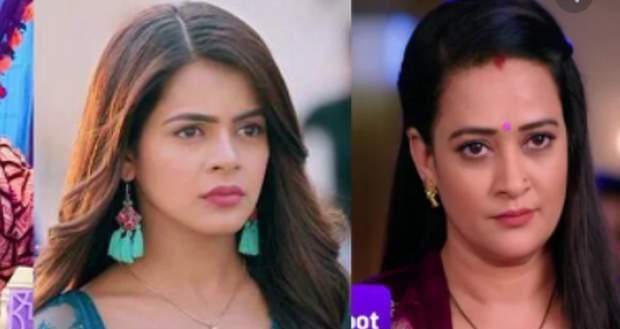 © Copyright serialsindia.com, 2018, 2019, 2020. All Rights Reserved. Unauthorized use and/or duplication of this material without written permission from serialsindia.com is strictly prohibited.
Cached Saved on: Wednesday 1st of February 2023 05:22:17 PM