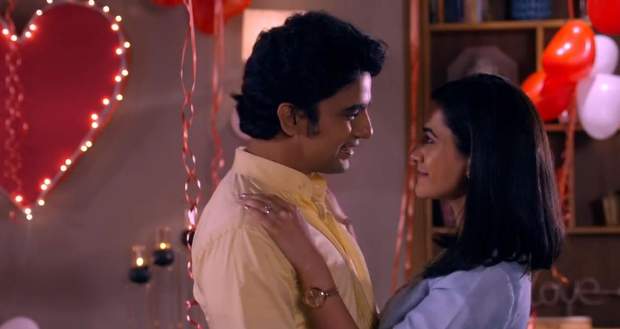 In the forthcoming episodes of Star Plus’s serial Shadi Mubarak, Rati and Tarun will celebrate their win over Preeti.

Up until now in Shadi Mubarak, Rati gave an idea to Tarun to trap Priyanka so that they could get information about Preeti’s contract. Later, Priyanka gave Preeti’s presentation to Tarun and this made Preeti lose her business contract.

Now based on the gossips of Shaadi Mubaarak, Chanda will get Nathwal’s contract and this will make K.T shout at Sheena. Further, Rati and Tarun will celebrate their win after stealing Preeti’s idea for the Nathwals event.

Rati will ask Tarun to always keep control on Priyanka for their benefits according to the spoiler update of Shadi Mubarak serial.

© Copyright serialsindia.com, 2018, 2019, 2020. All Rights Reserved. Unauthorized use and/or duplication of this material without written permission from serialsindia.com is strictly prohibited.
Cached Saved on: Wednesday 1st of February 2023 09:17:31 PM