In the forthcoming episode of Shaadi Mubarak serial, Preeti will feel betrayed by K.T.

Until now in Shaadi Mubaarak serial, arrangements for Bua Dadi’s 50th wedding anniversary were being made by Preeti and K.T in Palana village.

Now as per future gossips of Shadi Mubarak serial, K.T and Preeti will slip down while hanging flowers on the fan. Meanwhile, all members will arrive there and will start questioning them.

Later, Preeti will come to know about K.T’s married life and will dissolve their partnership agreement after feeling betrayed according to the recent serial spoilers of Shaadi Mubarak.

Let’s see what will be K.T’s reaction in the upcoming episode of Shaadi Mubarak serial. 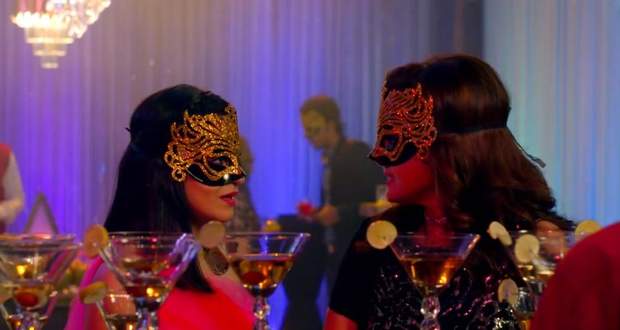 © Copyright serialsindia.com, 2018, 2019, 2020. All Rights Reserved. Unauthorized use and/or duplication of this material without written permission from serialsindia.com is strictly prohibited.
Cached Saved on: Sunday 5th of February 2023 02:50:36 AM