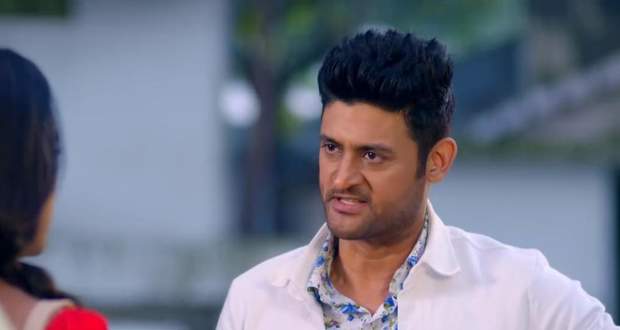 In the forthcoming episodes of Star Plus’s Shadi Mubarak serial, K.T will shout at Preeti for not fulfilling Mrs Gopalani’s condition.

Up until now in Shaadi-Mubarak, Mrs Gopalani humiliated Preeti for her dark complexion and asked her to not to come forward in the marriage functions. Further, Rati showed Preeti and Chanda’s pictures to Neelima so that she can end Preeti and K.T’s partnership deed.

Now based on the serial spoilers of Shaadi Mubarak, K.T will shout at Preeti for not fulfilling Mrs Gopalani’s condition of not attending the marriage functions of her son. He will tell her that it was his biggest mistake to ask her to be his business partner.

Preeti will be shocked to hear K.T’s harsh words and will not be able to understand the real reason for K.T’s anger according to the latest gossip of Shaadi Mubarak serial.

Let’s see if Preeti will be able to prove herself innocent in the upcoming episodes of Shadi Mubaarak serial.