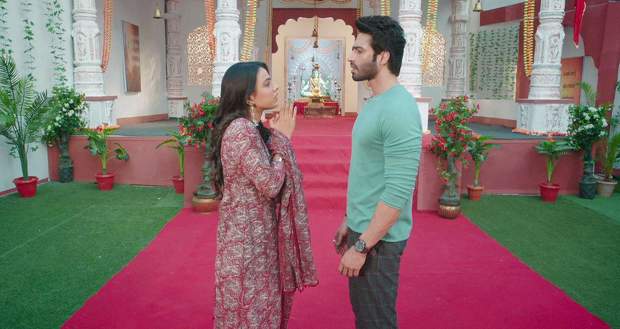 In the upcoming episodes of Naagin season 4 serial, Brinda and Dev will not be able to spend quality time together as Vishakha will make plans to spoil their moment.

So far in season 4 of Naagin story, Brinda killed Madhav and later learned that her mother Manyata was kidnapped. Soon, Vishakha entered the Parekh house and acted as Brinda’s well-wisher.

Now as per the gossip updates of Naagin 4 serial, Vishaka will do every possible thing to spoil Brinda’s plan and will start with spoiling her relationship with Dev.

Dev and Brinda will be all set to spend some quality time together. Brinda will be dressed in a red saree and the atmosphere around them will be romantic.

However, Vishakha will play her game and will spoil their moment according to the spoiler twists of Nagin 4.