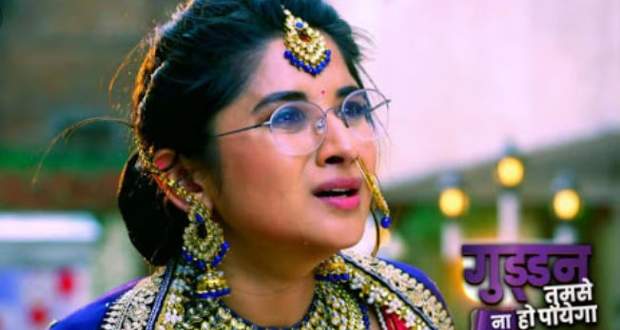 In the forthcoming episode of GTNHP, Agastya will decide to reveal the reason behind his marrying Guddan.

So far in Guddan Tumse Na Ho Paega story, Agastya meets with an accident while Guddan decides to perform the Pooja rituals for Agastya good health.

Now according to the future updates of Guddan Tumse Na Ho Payega, Guddan will decide to forget about the past incidents and will accept Agastya as her husband.

However, it will be revealed that Pushpa got Agastya married to Guddan due to a reason.

Moreover, Agastya will tell Guddan the reason behind their marriage and Choti will get shocked as per the latest twist of Guddan serial.

Let's see what turn Guddan-Agastya's life takes after the revelation of the truth about their marriage in the gossip news of Guddan Tumse Na Ho Payega serial.