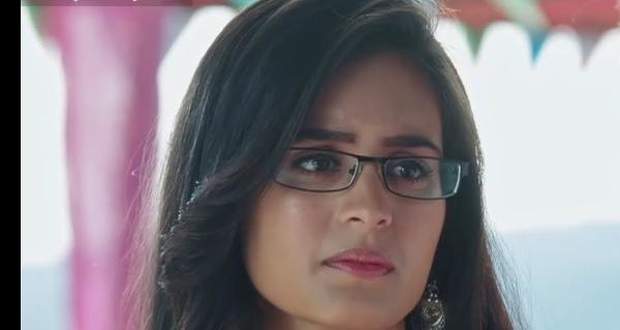 The Yeh Rishtey Hai Pyaar Ke 30 Jan episode begins with Kuhu calling up Kunal and asking him about Abir. Kunal tells her that he couldn't find Abir still, which makes Kuhu worried.

Kuhu realizes that there is some strong emotional connection between Mishti and Abir. At the same time, she gets worried while seeing Nishant.

On the other side, priests reach near the lake to perform prayers to Lord Shiva. One of the priests notices Abir floating in the lake water, and informs other priests about the same.

They pull up Abir and lay him down on the ground. Elsewhere, Vishambhar gets emotional and tells Mishti a father doesn't have a right on a bride, but on a daughter, and that she will become a bride soon.

Nishant assures him that he will always a right on her and shows the tickets to London to them for the same day. Rajshri asks for some time to send Mishti abroad with him.

Rajshri is getting Mishti ready for the wedding. Mishti requests her to let her meet Abir once and that she will return back on time. Rajshri tells her to go and never return back.

Kunal on the other side tells Meenakshi about Abir been missing. Meenakshi reaches Maheshwaris house and asks Nishant to meet her outside. She asks him regarding the whereabouts of Abir.

© Copyright serialsindia.com, 2018, 2019, 2020. All Rights Reserved. Unauthorized use and/or duplication of this material without written permission from serialsindia.com is strictly prohibited.
Cached Saved on: Saturday 2nd of July 2022 02:41:42 PM