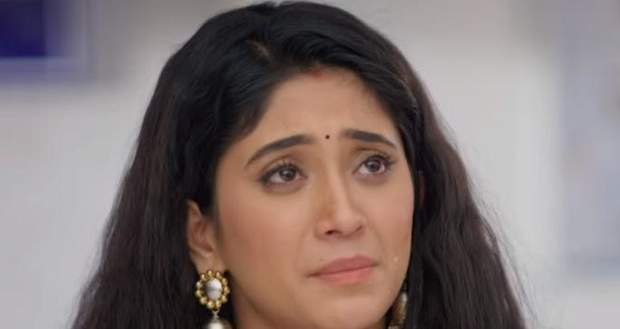 Surekha blames Naira for her son taking such action. She further warns her that she won't leave her if Kush gets harmed in the process.

Kartik and Naira rush above the stairs to save Kush. Naira suspects it to be a drama from the end of the duo.

Kartik pulls Kush behind by holding his hand. Later, Surekha requests Naira to not call up the police.

The police reach Goenka's house thereafter. Everybody thinks that Naira has called them from before.

The inspector informs that he came to know the truth regarding the culprit, in case they have any idea. Everyone lies to protect Luv and Kush.

The inspector then goes to Trisha's room after learning about her recovery from the nurse. Trisha doesn't reveal the culprit and get anxious.

The inspector leaves to come back later.