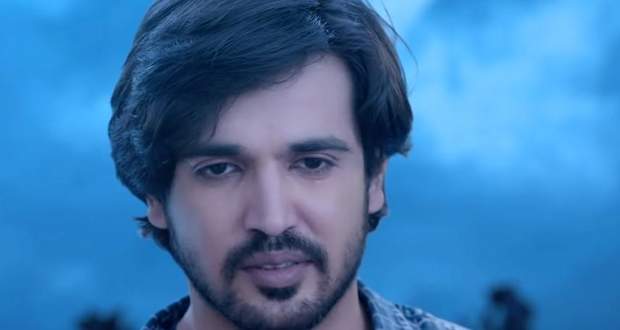 The Nazar 29 Jan episode begins with Piya asking Ayush whether he really wants the whole family to go to the moon. She agrees for the same after bidding Ayush goodbye.

While the whole family enters the ship, Ayush pulls them out and enters instead. He wants to leave to the moon for his punishment along with Mohona.

Elsewhere, Nishant and Saanvi are thinking of the solution to bring bodies of Rathods back. Naman comes there and wants to go along with the potion to bring their bodies back. Nishant puts the sprinkles of the potion on Naman's body.

Ayush, on the other side, sends the souls of the Rathod family back to Earth. Everyone wakes up from sleep. Nishant being concerned asks for Ayush.

Ansh explains to Nishant about what happened before. Nishant gets sad regarding Ayush leaving them forever. Elsewhere, Mohona jumps from the ship and leaves Ayush alone in the ship.

Ayush thus leaves forever. Naman calls up Saanvi in the night to ask about the whereabouts of Dafli. Saanvi assures Naman after seeing Dafli in front of her.

Naman reaches thereafter to see Dafli. Ansh and Piya on seeing Naman there, ask him for the night stay at their place.

In the meanwhile, Mohona is admitted to a mental hospital after being found near a temple. She tries to convince the doctor of being a Dayan, yet the doctor takes it lightly.

Ansh and Piya take Naman and Saanvi along with them to the jungle the next day, in order to unite both of them.

© Copyright serialsindia.com, 2018, 2019, 2020. All Rights Reserved. Unauthorized use and/or duplication of this material without written permission from serialsindia.com is strictly prohibited.
Cached Saved on: Wednesday 1st of February 2023 09:57:16 PM