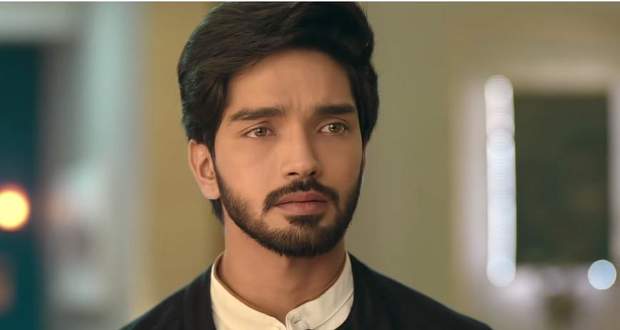 The Nazar 23 Jan episode begins with Piya getting worried on seeing Ansh's wounds not being healed. Piya’s father advises  Ansh needs to be in a place that is away from sunlight. Ansh, feeling guilty apologizes to her for ruining the celebration.

In front of Dilruba, Naman and Saanvi do fake engagement. Elsewhere, Ayush is brought to Mohona while he accuses her of his separation from his family.

She tells him that he is powerful because of her only. Ayush fails in his attempt while attacking Mohona.

Piya concerns increases while seeing Ansh sweating continuously and she goes to her father for advice. In the meanwhile, Mohana manipulates Ayush against Rathods while pointing out that Rathods don't care for him.

Ansh is put inside water by Piya and her father to save him from the sun rays. Ansh gets healed. Later, Mohana promises Ayush that she will make him king and asks for his support. Ayush patches up with her.

Ansh is grateful to Piya's father for his life and blames himself for causing miseries. Ansh’s mother comes there and tells of Ayush's absence in his room.

Piya’s father on meeting Saavi asks her about engagement with Naman. She tells that it is fake and that she is helping Naman as he is a good human being.

Piya’s father wants to make Naman understand that Dilruba is dead. Saanvi stops him to do so. Dilruba is overhearing their conversation.