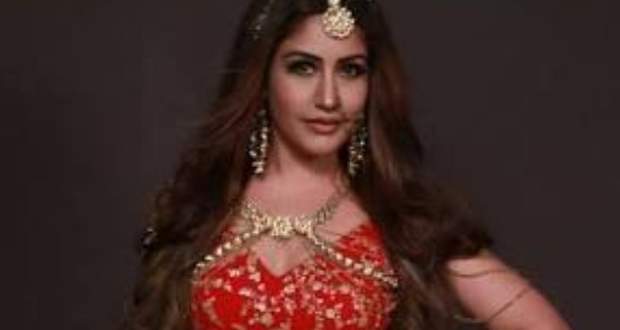 Today's Naagin 5 4 Oct episode starts with Veer telling his elder brother that he suspects Bani is a serpent. He sets a Rudraksh trap for exposing Bani’s real identity.

Moreover, he keeps a watch on Bani through a CCTV camera and tells Shukla about the same. Shukla fears that Bani’s identity will be revealed. Veer moves out of the security room.

Bani enters into the Mayajaal and sees her enemies provoking her for a fight. Bani transforms into Naagin. At the same time, Veer is heading closer to the living room but encounters Mayuri on his way.

Bani realizes that it is an illusionary trap and she has to gain control over her. Veer finds Bani in her human form and wonders who else can be the serpent.

However, Jai accidentally enters the Mayajaal and turns into a Naag. Veer witnesses this and follows the Naag in his Cheel form.

On the other hand, Bani visits the Cave and seeks help from the God of eagles. Jai kills a bike rider and uses his vehicle to escape. However, Veer uses his powers and sees Jai’s face in the dead person's eyes.

On the other side, Bani finds Teer's jacket in the crate and finds a mark of a Knife injury on it. Further, she realizes that Teer's murderer is someone from the family.

Jai enters the Singhania mansion while Mayuri confronts him. They indulge in an ugly fight but end up joining hands again. Furthermore, Jai captures Shukla who was secretly witnessing their conversation and reveals that he knows he is one of their companions.

Veer orders everyone to gather in the living room while Bani also enters the house. He tells everyone that Jai Mathur is alive.

Shukla lies to everyone that CCTV cameras are not working and Veer asks everyone to be alert. Bani is worried about Jai and calls him but he doesn't pick the call.

However, Jai is planning to separate Veer-Bani. Veer also enters the room. Further, Mayuri messages Jai secretly and informs him that his identity is exposed.

At the same time, Veer corners Bani and they look into each other's eyes. Later, he asks her if she knew that Jai was a Naag and locks the door of the room from outside.