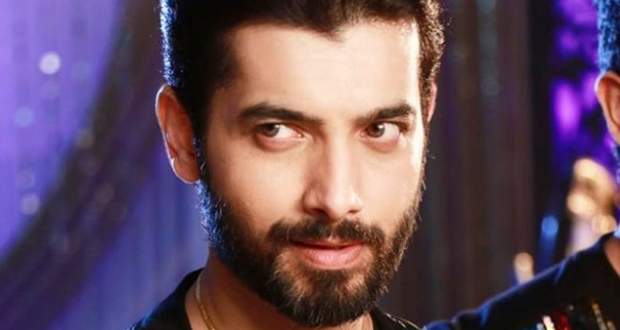 The Nagin 5 5 Sep 2020 episode begins with Veer adoring and complimenting Bani for her beauty. Bani gets uncomfortable and questions Veer about his intentions.

Veer’s friends force Jai to get drunk, but Jai refuses to them and stays at his words. Elsewhere, Daksh senses a Naagin around him and informs Balwant about the same.

Daksh tells Balwant that Bani is a Naagin, while Balwant makes a plan and orders his men to kidnap Bani. Further, there is a power cut and Cheels kidnaps Naina instead of Bani. Balwant's men kidnap some other girls as a part of Balwant’s human trafficking business.

Jai and Bani search for Naina but couldn’t find her anywhere in the restaurant. Bani feels that there is something wrong and decides to leave the restaurant to find Naina.

Meanwhile, Veer gets suspicious of his father’s activities. He decides to check the truck but Tapish tells him that there is nothing in the truck.

Balwant is relieved when Veer drops his idea of checking the truck. Shukla fits a bomb in the truck and informs Balwant that the bomb will blast very soon.

Bani witnesses Balwant’s truck and follows it by turning into Naagin. Bani gets successful in releasing all the girls kidnapped by Balwant.

Bani scares the truck driver and asks him to stop the truck. Meanwhile, Jai informs Veer that Bani is following his father Balwant’s truck. Veer helps Bani in saving all the girls but the bomb blasts before Naina gets off the truck.

Veer manages to catch Bani and saves her life. Later, Veer takes Bani to his house and feels a strong connection with her.

Jai tries to find Bani near the accident site, while Bani makes a call to Jai and sends her location to him. Veer overhears Bani’s conversation and gets angry with her for calling Jai.

Jai reaches at Veer’s place, while Bani leaves from Veer's place in Jai's car. Bani tries to touch her neck's wound and starts turning into her Naagin avatar. She asks Jai to stop the car and gets angry with him for no reason.

She runs from there towards the jungle, while Jai follows Bani to find her near the broken trees. Later, Bani reaches her home and is shocked to find Veer there. Bani’s family informs Bani that Veer has come with a marriage proposal.

Bani insults Veer a lot, while Bani's aunt asks her to accept Veer's proposal. Veer clears everyone’s misunderstanding and tells that he has come with a marriage proposal for Meera. Bani gets shocked when she learns that Meera is ready to marry Veer.

© Copyright serialsindia.com, 2018, 2019, 2020. All Rights Reserved. Unauthorized use and/or duplication of this material without written permission from serialsindia.com is strictly prohibited.
Cached Saved on: Friday 19th of August 2022 05:06:56 AM