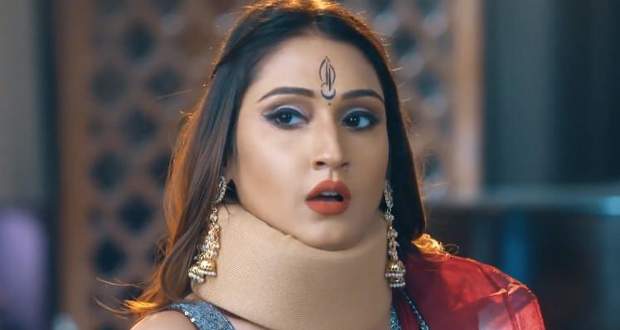 The Meri Guidya 25 Jan episode begins with Madhuri hiding the ring and hurting Ratri by falling down the candle. Maa says Ratri is hurt.

Adrika remarks that there would be another ring. Raghav comes after being called by Turanta.

Dadi Maa tells about Ratri's swollen finger to Raghav. She says Ratri can’t make Raghav wear the ring, as the ring is stolen, and her finger is swollen, so he can’t make her wear the ring. She tells to postpone this rasam.

Madhuri wants to stop their marriage, as Ratri is a bad influence on the family. On the other side, Ratri is fuming with anger. Adrika makes fun of her.

Ratri retaliates and destroys her own room. The ring falls off from Adrika's bag where Madhuri has hidden it.  Elsewhere, Dadi is planning to go to Guruji to avoid obstacles. Adrika follows her by hiding into the storage space of the car.

Avi wanting help in her homework ask Ratri for the same. Ratri denies helping her.