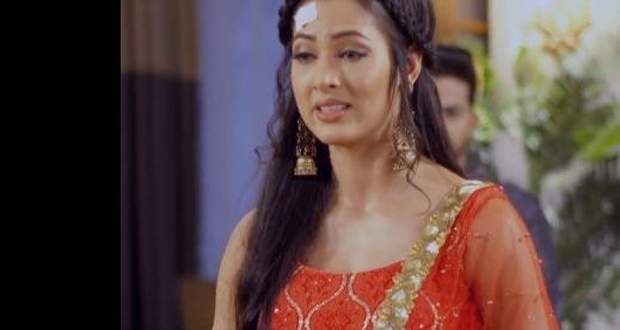 The Meri Guidya 15 Feb episode begins with Guruji coming to the Yamlok. Madhuri is requesting the guards at the Yamlok to let her return to her daughter, Avi.

Ratri tells Raghav that she wanted to be a part of Rudraksh's black magic world and that he wanted the soul of some child.

Ratri tells that kid was Avi. Raghav isn't able to believe in her deeds.

Ratri asks Raghav to kill her if he wants to. Elsewhere, Guruji asks the guard to save Madhuri and Avi to avoid further destruction.

Ratri admits that she took Madhuri's place on the advice of Rudraksh. She feels guilty for her crimes and wishes to surrender to the police.

Ma stops Ratri and forgives her for her deeds. She tells her that she is Avi's mother now and will live there as her daughter-in-law.

Guruji supports Madhuri and tells her that she will go back in her own body form.

Upcoming written Meri Guidya episode update:  Madhuri arrives at some place with Guruji. Guruji asks her to pass a test for the sake of Avi.