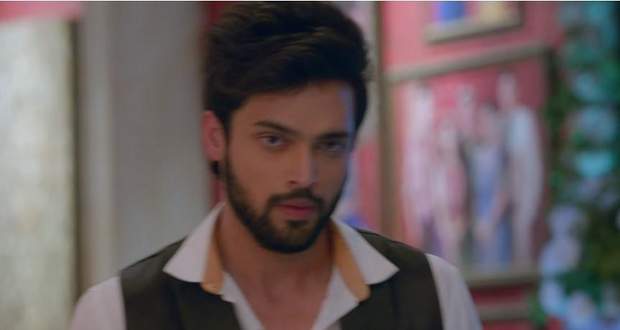 The KZK 2 28 Jan episode begins with Ronit getting up from the place he was hiding after thinking that Anurag has left. Elsewhere, Viraj is requesting Prerna to leave for home.

She is adamant about not leaving till Anurag returns. Viraj calls up Anurag to tell the same. Prerna and Viraj leave after talking to Anurag.

Anurag reaches the accident spot and finds Jagga lying unconscious. Komolika does a fake act to save herself and tells Veena about Prerna coming back home.

Thereafter, Viraj and Prerna return back home. Veena hugs Prerna and thanks Viraj.

Anurag make a surprise entry along with Jagga. He explains the family about  Jagga being the kidnapper and someone has asked him to do so.

Jagga is kept captivated by Anurag in his home, to know about the truth. He requests Prerna and Shivani to stay back until Jagga is investigated.

On the other side, Prerna and Anurag spent some time together. He promises Prerna to be her support even after she gets married to Viraj.

Komolika in rage throws things at her room, as she can't tolerate Anurag's hatred towards him. Anurag asks about her actions, she tells been worried because of Jagga. Anurag asks Komolika about knowing Jagga's

© Copyright serialsindia.com, 2018, 2019, 2020. All Rights Reserved. Unauthorized use and/or duplication of this material without written permission from serialsindia.com is strictly prohibited.
Cached Saved on: Saturday 26th of November 2022 08:36:35 PM