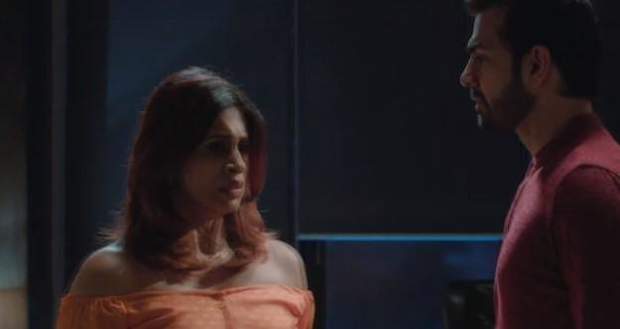 The Kahan Hum Kahan Tum 6 Feb episode begins with Rohit holding Naren's hand and tells him that he wants to talk to him and only he can tell the truth. Veena comes there and Rohit leaves.

Elsewhere, Nishi mocks at Sonakshi for not having any proofs against her. She challenges Sonakshi that Rohit will ask her to move out of the Sippy mansion within the next 24 hours.

Ajit arrives at the hospital and confesses his truth of telling Suman regarding Naren and Pooja before. Rohit scolds him and feels guilty of hurting Sonakshi.

On the other side, Nishi comes to know that the proofs that Mahesh has are fake. Mahesh informs her that the inspector has couriered actual proofs to Rohit before.

Nishi panics and tries to receive the courier before Rohit gets it. She reaches the hospital and comes to know from Tulsi that the parcel is already kept in Rohit's cabin.

Elsewhere, Pari gets the pills from her friend for Tanya. Sonakshi is getting dressed up for Rohit, as she is happy after misunderstanding being cleared between them now.

While Nishi enters Rohit's cabin, she sees the video footage of her pushing Naren been played on the screen. Later, Rohit tells her that he has already seen the proofs against her.