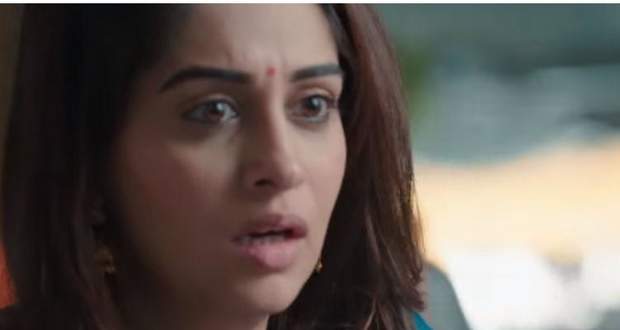 The Kahan Hum Kahan Tum 3 Feb episode begins with Sonakshi noticing Nishi holding the knife with a left hand at the dining table. Sonakshi gets relieved seeing her eating with her right-hand instead.

Elsewhere, Suman confronts Pari for rejecting the proposal. Pari proves herself innocent and later pledges to not leave Rohan.

Sonakshi tells the inspector about no one been left-handed at her house. Later, she sees Vimmi chopping vegetables with her left-hand. She suspects Vimmi for Naren's murder.

Vimmi justifies herself by telling the same who has practiced a lot can forge Sonakshi's signature. They both check the dry garbage for the clue.

She gets the papers having her signature with a letter pad of Nishi. On the other side, YK is complimenting Nishi for being ambidextrous.

A patient named Preeti asks Rohit to let her meet Sonakshi, before getting tested. Elsewhere, Sonakshi enters Nishi's room in her absence to find a solid proof against Nishi.

She finds the same letter pad inside her room. YK later notices Sonakshi inside his room and asks the reason for her being there. She lies and then leaves from there.

The inspector after seeing that proof suspects Nishi to be the culprit. Sonakshi leaves after disbelief.

Nishi finds the pen outside her drawer in her room. She asks YK if anyone else entered her room. YK tells about Sonakshi been there before.