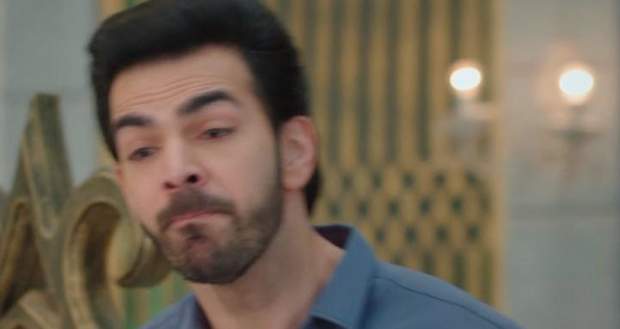 The Kahan Hum Kahan Tum 28 Jan episode begins with the inspector going to tell about Naren's call record before his murder attempt. Sonakshi interrupts when the inspector suggests about the murder.

Some time ago, Veena asks Sonakshi the reason for not telling Rohit about the prenup agreement. Rohit gets mad at Sonakshi after reading that.

Sonakshi tries to clarify that the points mentioned in this agreement are false. Nishi further instigates Rohit against Sonakshi. Rohit then accuses Suman of being the one who changed these papers.

He further feels mistaken for loving Sonakshi ever. Sonakshi is left alone after everyone leaves from there. She gets shocked after receiving a call.

On the other side, Nishi meets Naren alone and tells him that she is waiting for him to die soon. Sonakshi meets the inspector and is introduced to Irani.

She gets surprised when the inspector tells that it was a murder attempt. The inspector doubts Nishi's intention and asks for Sonakshi's help to find the real culprit.

Rohit and Sonakshi think of their moments with each other.

© Copyright serialsindia.com, 2018, 2019, 2020. All Rights Reserved. Unauthorized use and/or duplication of this material without written permission from serialsindia.com is strictly prohibited.
Cached Saved on: Friday 19th of August 2022 04:27:47 AM