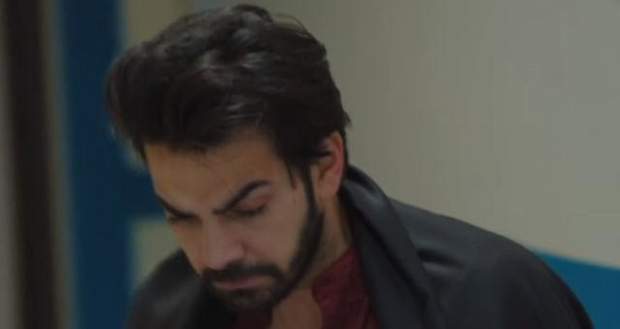 The Kahan Hum Kahan Tum 11 Feb episode begins with Sonakshi meeting with an accident by a truck. The driver tells his partner to check whether the lady is alive or not.

The driver's partner recognizes her as Parvati and refuses the driver to take her to the hospital, as they might get caught for drinking and driving. They leave then.

Rohit elsewhere is hallucinating where he sees Sonakshi and asks her not to leave him. Sonakshi tells him that she has to, as their story has ended.

Rohit wakes up from the dream then. Nishi comes there.

He declares to Nishi that he sent Sonakshi away, to keep her happy and he will destruct his life to let Sonakshi happy. Nishi gets stunned on hearing this.

Elsewhere, Pari, Suman and Ajit are worried about the whereabouts of Sonakshi. Suman reaches the Sippy mansion thereafter and slaps Rohit for hurting Sonakshi. She asks him where is Sonakshi.

She gets to hear insults from Veena and Nishi. Rohit asks Suman to leave and never come back again.

Rohit later searches for Sonakshi and takes her to the hospital after finding her met with an accident.  He hides while the doctor operates her.

The written episode of Kahan Hum Kahan Tum upcoming update: Sonakshi burns Rohit's photo and Rohit starts drinking remembering her on the other side.