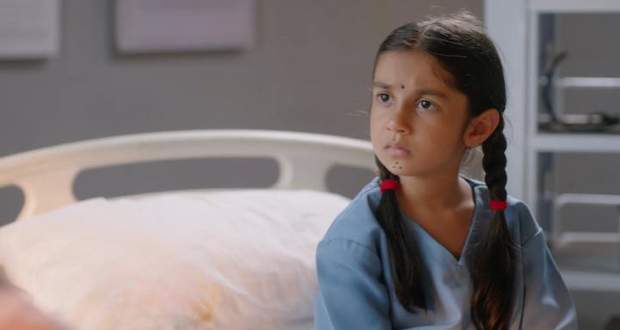 Today's Imlie 6th September 2022 episode starts with Malini asking Imlie in front of everyone why she snatched Chini away from Malini.

Malini says is it because Imlie hates Malini or because it is Aditya's love child.

However, Aryan tells Malini to shut her mouth up while Imlie closes her eyes in pain.

Seeing Chini emerge, Imlie asks Chini to accompany her back to Pagdandia.

However, little Chini says Imlie is not her mother anymore since her mother is Malini.

Malini grins at Chini's reply while tears come out in Imlie's eyes.

When Imlie grabs Chini's hand, Chini shrugs it off and says Imlie can go back alone since she did not even want to come to the city.