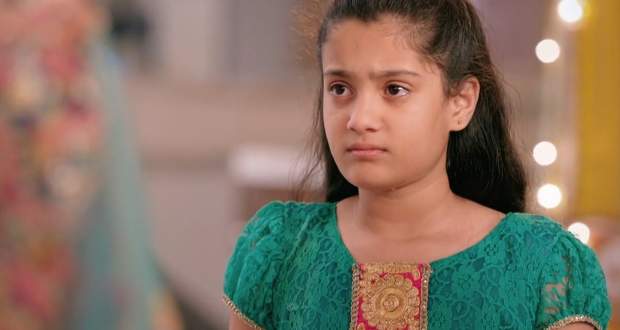 In the forthcoming episodes of Yeh Rishta Kya Kehlata Hai serial, Krishna will take the blame on herself of putting Kairav and Akshara's life in danger to save Kairav from punishment.

Up until now in YRKKH story, Akshara's life was put in danger after Kairav plan went plan as she was taken away in a truck and he went after to save her.

Later, Kartik and Naira brought them back home after which Kairav told them the truth and apologized.

Now as per the latest spoilers of Yeh Rishta Kya Kehlata Hai, Krishna will make up a story and take all the blame in order to save Kairav from getting punished, however, Kartik and Naira will decide to punish all the kids.

They will tell all the kids to stay away from Akshara and will tell the boys to not talk to each other as punishment according to the upcoming twists of YRKKH.

Let's see if the kids can stick to the punishment or not in the future episodes of Yeh Rishta Kya Kehlata Hai.

© Copyright serialsindia.com, 2018, 2019, 2020. All Rights Reserved. Unauthorized use and/or duplication of this material without written permission from serialsindia.com is strictly prohibited.
Cached Saved on: Wednesday 1st of February 2023 08:50:42 PM