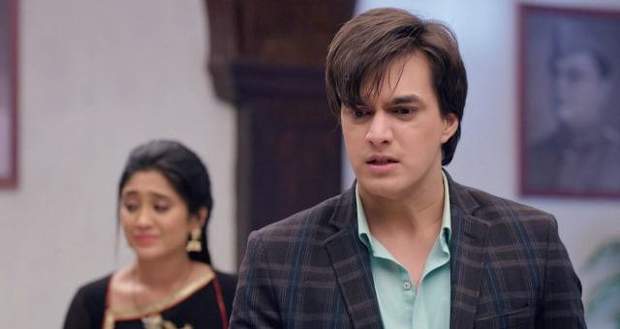 In the upcoming episodes of YRKKH serial, Naira will soon be blamed for theft in Goenka house by Surekha.

Up until now in Yeh Rishta Kya Kehlata H story, Luv and Kush got bailed with Jhaberi’s help while Kartik realized his mistake of supporting the wrong.

Later, Manish got really mad at Kartik and threw him out of the house along with Naira.

Now as per recent story twists of Yeh Rishta serial, Naira and Kartik will enter the Goenka house to search for Luv and Kush’s phones as evidence and will be caught by Manish.

Further, Naira will return to Goenka house to meet Kairav but will be accused of stealing things from the house by Surekha. Also, Suhasini will accuse Naira of causing them pain according to the spoiler news of Yeh Rishta Kya Kehlata Hai.

© Copyright serialsindia.com, 2018, 2019, 2020. All Rights Reserved. Unauthorized use and/or duplication of this material without written permission from serialsindia.com is strictly prohibited.
Cached Saved on: Saturday 26th of November 2022 10:29:28 PM