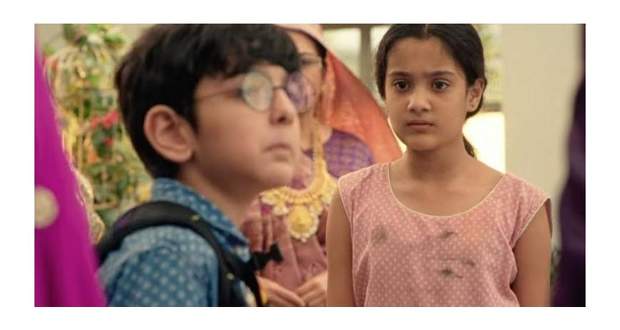 In the forthcoming episodes of Ye Rishta Kya Kehlata Hai serial, Kairav and Krishna will prepare the same gift for Akshara and this will make Kairav angry with Krishna.

So far in YRKKH serial, Kartik and Naira signed Krishna's adoption papers while Kairav witnessed this and got upset over it. Later, Manish rebuked Kartik for hurting his child while Kartik tried to explain to him the purpose for adopting her.

Upon knowing this and seeing Krishna's Chunri being placed on Akshara, Kairav will snatch the Chunri and will also talk badly with Krishna according to the latest news of Yeh Rishta Kya Kehlata H serial.

Let's see how the family will react to this in the future episodes of Yeh Rishta Kya Kehlata Hai.

© Copyright serialsindia.com, 2018, 2019, 2020. All Rights Reserved. Unauthorized use and/or duplication of this material without written permission from serialsindia.com is strictly prohibited.
Cached Saved on: Saturday 20th of November 2021 06:40:35 PMCached Disp on: Thursday 9th of December 2021 01:01:34 PM