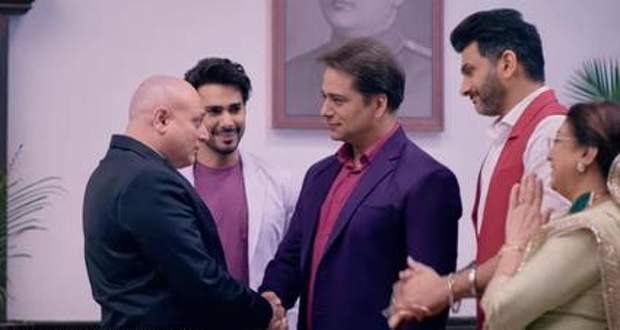 In the upcoming episodes of YRKKH serial, Jhaberi will be exposed as Abhishek’s father who will be fighting for the Goenka family to save his son.

Up until now in Yeh Rishta Kya Kehlata H story, Luv and Kush were arrested on Naira’s complaint while later Kartik and Goenka family opposed her decision.

Naira decided to fight alone to get justice for Trisha but was betrayed by Jhaberi.

Now as per recent story twists of Yeh Rishta serial, Naira will expose Jhaberi with the help of Kartik and will show his true face in front of Goenka family.

It will be revealed that Jhaberi was saving his son Abhishek who is also friends with Luv and Kush. He was also involved in the molestation case and never went to America according to the spoiler news of Yeh Rishta Kya Kehlata Hai.

© Copyright serialsindia.com, 2018, 2019, 2020. All Rights Reserved. Unauthorized use and/or duplication of this material without written permission from serialsindia.com is strictly prohibited.
Cached Saved on: Wednesday 1st of February 2023 06:34:35 PM