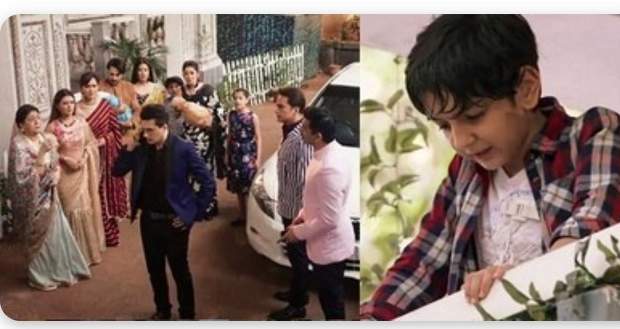 In the forthcoming episodes of Yeh Rishta Kya Kehlata Hain serial, Kairav will jump off the balcony in an attempt to get his spectacles.

The current story of YRKKH circulates around Kairav being jealous of Krishna as he doesn't want to share his parents.

Later, the Goenka family left the house to go to Singhania house. However, Naira and Kartik left the house but forgot Kartik there as they thought that he went with the rest of the family.

Now as per the gossip twists of Yeh Rishta Kya Kehlata Hai, Kairav's spectacles will fall down the balcony and in an attempt to get them he will decide to jump down the balcony.

However, after jumping midway, he will get frightened and will catch on to the edge and will get stuck there. At the same time, Kartik and Naira will reach there and will be shocked to witness the scene according to the recent twists of Yeh Rishta Kya Kehlata Hai.

Let's see what happens next in the future story of YRKKH serial.