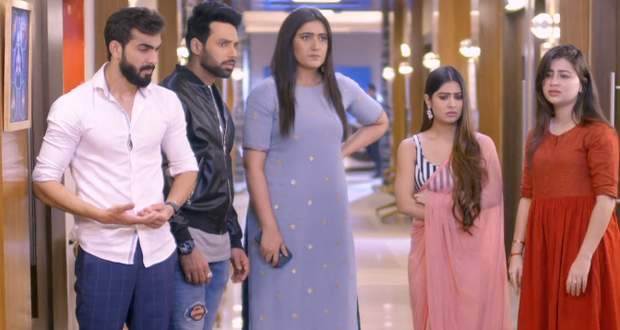 In the forthcoming episodes of YHM serial, Yug’s small mistake in business will land the Bhalla family business in grave problem.

Up until now in Ye Hain Mohabbatein story, Yug was called by the doctor’s wife in a nursing home where Arijit also sent his goons to kill Yug.

However, the goon accidentally shot Ishita while saving Yug. She was rushed to the hospital while Arijit was delighted to hear the news.

Now as per latest spoiler news of Yeh Hain Mohabbatein, the Bhalla family will face another problem because of Yug’s silly error in the business.

Yug was recently appointed as the new head of Bhalla business and will crack a crucial deal for the company amidst huge competition.

The whole family will celebrate Yug’s first success. However, later they will learn that they bagged the deal because of some mistake performed by Yug.

The Bhalla family will face huge loss because of Yug’s silly mistake according to the latest gossips of YHM serial.