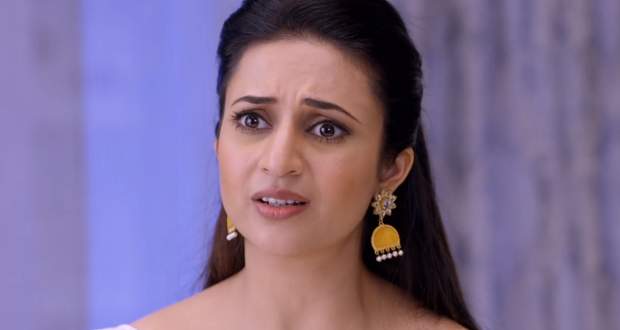 In the forthcoming episodes of YHM serial, Ishita will finally come face to face with Arijit’s daughter Niti who is admitted at the same hospital as her.

Up until now in Ye Hain Mohabbatein story, Yug was bailed out by Arijit and was later called by the doctor’s wife at the nursing home.

Arijit’s goons were also present at the sight and later Ishita took the bullet while saving Yug. We also reported about the Niti being admitted to the same hospital as Ishita by a caretaker nurse.

Now based on the latest spoiler updates of Yeh Hain Mohabbatein serial, Ishita will listen to someone taking the name Niti Guha and will get suspicious.

Later, she will reach her room while Niti will be having her convulsions. Niti will get out of control and will bite her lip causing bleeding.

Ishita will help the girl and will take care of her. However, the whole scene will be witnessed by Arijit who will fear the consequences of Ishita finding the truth according to the gossip twists of YHM serial.

© Copyright serialsindia.com, 2018, 2019, 2020. All Rights Reserved. Unauthorized use and/or duplication of this material without written permission from serialsindia.com is strictly prohibited.
Cached Saved on: Saturday 2nd of July 2022 01:25:49 AM