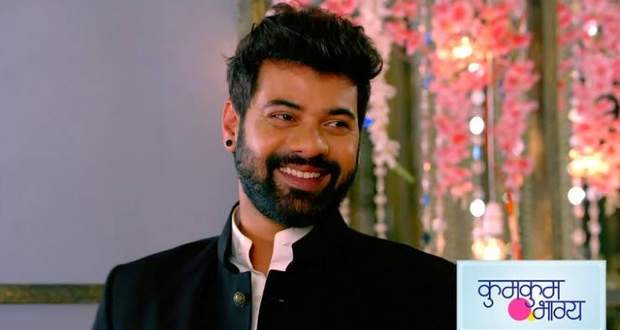 In the forthcoming episodes of Kumkum Bhagya serial, Abhi will recognize a disguised Sanju and will try to catch him.

So far in Kumkum Bhagya story, Rhea informs Sanju about Ranbeer-Prachi's secret engagement and calls him to the Dussehra function.

Further, Sanju disguises as one of the drama artists of Dussehra's function and abducts Prachi.

Now according to the latest twist of Kumkum Bhagya, Abhi will recognize Sanju and will force him to reveal his true intentions, and meanwhile, Abhi will be made unconscious by Sanju's goon.

Later, Abhi will gain consciousness and will tell Pragya that Prachi's life is in danger while Pragya will get shocked as per the future twist of Kum Kum Bhagya.

Let's see how Abhi finds his daughter Prachi in the gossip updates of Kumkum Bhagya.