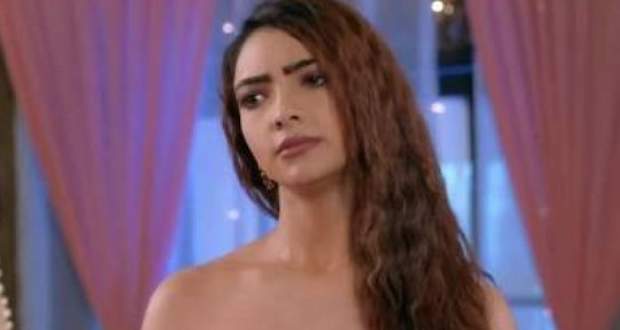 In the forthcoming episode of Kumkum Bhagya, Rhea will be seen telling Aliya that she does not want to harm Prachi.

So far in Kum Kum Bhagya, Pallavi decided to get Prachi and Ranbeer engaged during the Dussehra party.

On the other hand, Aliya instigated Rhea against Prachi and Rhea decided to ruin Prachi's life.

Now according to the latest twist of Kumkum Bhagya, Aliya will ask Rhea to take revenge on Prachi by planning against her but Rhea will refuse to harm or kill Prachi.

Moreover, she will tell Aliya that she loves her mother and therefore will refrain from plotting against her sister.

Later, Ranbeer will be informed by Aryan that Pallavi wants to get him engaged with Rhea and not Prachi while Ranbeer will be shocked as per the spoiler news of Kumkum Bagya.

Let's see if Ranbeer agrees to get engaged with Rhea or not in the future updates of Kumkum Bhagya serial.