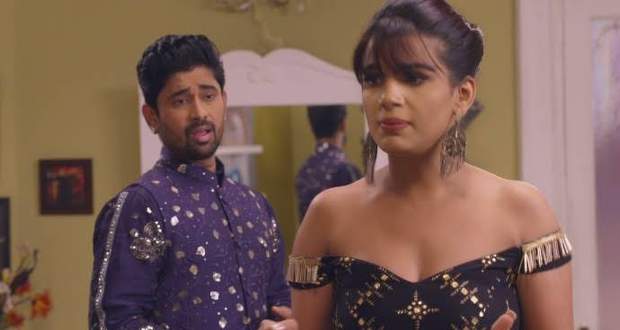 Kumkum Bhagya Gossip: Sanju & Rhea’s evil ploy to get their love back

In the forthcoming episodes of Kumkum Bhagya serial, Rhea and Sanju will make the plan of MMS to humiliate Prachi and create a misunderstanding among her and Ranbir.

So far in Kumkum Bhagya story, Ranbir has confessed his feelings and now that he is with Prachi, Rhea is jealous of her. She has decided to join hands with Sanju and separate them.

Now as per the gossip updates of Kumkum Bhagya serial, Sanju and Rhea will decide to make an MMS of Prachi in order to humiliate her.

They will further try to create a misunderstanding in Ranbir’s mind regarding Prachi’s character. Also, Sanju would want Prachi to come to him when Ranbir leaves her according to the spoilers of Kumkum Bhaagya serial.

© Copyright serialsindia.com, 2018, 2019, 2020. All Rights Reserved. Unauthorized use and/or duplication of this material without written permission from serialsindia.com is strictly prohibited.
Cached Saved on: Sunday 28th of November 2021 01:18:11 PM