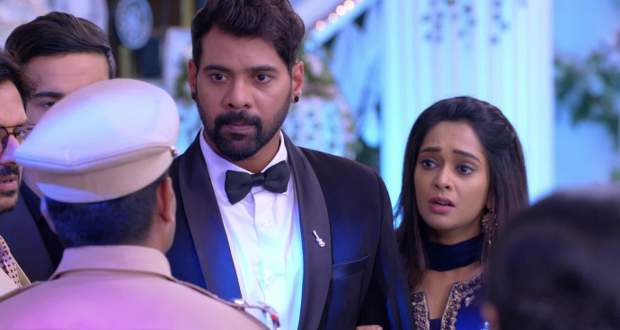 In the forthcoming episodes of Kumkum Bhagya serial, Abhi will come to know about Prachi’s MMS release as he is the committee member of the college.

So far in Kumkum Bhagya story, Rhea wanted to take revenge from Prachi for stealing Ranbir from her and decided to release her MMS with Sanju’s help.

Now as per the gossip updates of Kumkum Bhagya serial, Abhi will be asked to come for the board meeting in college as he is one of the committee members.

Also, Pragya will be summoned in the school as well and they will soon come face to face. Abhi and Pragya will learn about Prachi’s MMS and will get shocked.

Abhi will decide to help Prachi as he trusts her according to the spoilers of Kumkum Bhaagya serial.

© Copyright serialsindia.com, 2018, 2019, 2020. All Rights Reserved. Unauthorized use and/or duplication of this material without written permission from serialsindia.com is strictly prohibited.
Cached Saved on: Friday 17th of September 2021 10:25:25 PM