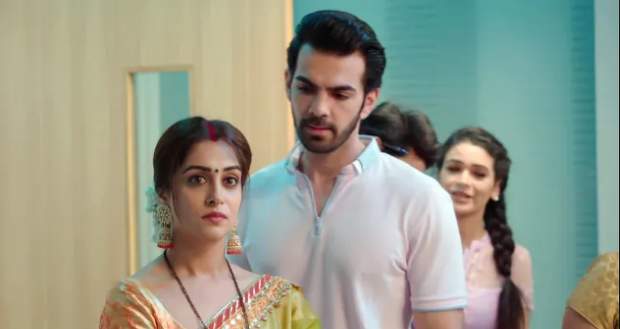 In the forthcoming episodes of Kahan Hum Kahan Tum serial, Sonakshi will learn about Rohit’s plan and will get mad at him for hiding such a bug truth from her.

In the present story of KHKT story, Pooja brought Rani home and is happy to be with her. Also, Rohit got mad at Sonakshi for bringing her in their lives.

Later, YK and Nishi celebrate their anniversary while Sonakshi found Rani with Shindey and got suspicious.

Now as per the spoiler twists of Kahaan Hum serial, Nishi will reveal that she brought Rani in Pooja’s life to create a wrong image of her mother.

However, Rani has some other plans and wants to acquire the Sippy property. Meanwhile, Sonakshi will learn that Rohit was involved in the plan with Nishi.

She will be really upset with him as he is playing with Pooja’s emotions as per the gossip updates of Kahan Hum Kahaan Tum serial.

© Copyright serialsindia.com, 2018, 2019, 2020. All Rights Reserved. Unauthorized use and/or duplication of this material without written permission from serialsindia.com is strictly prohibited.
Cached Saved on: Saturday 2nd of July 2022 01:27:08 AM