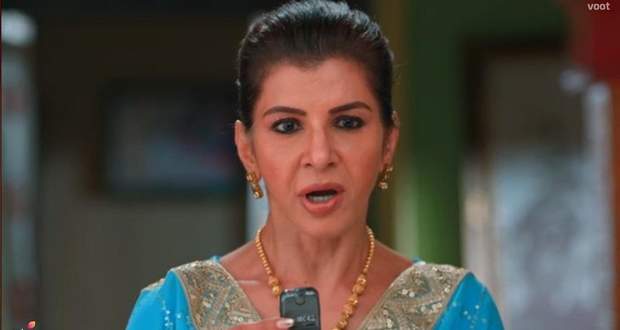 The audience of Colors TV’s popular serial Choti Sardarni will witness Kulwant finding the hidden transmitter in the upcoming episodes.

So far in Choti-Sarrdarni's story, Vikram entered Gill mansion to find the piece of evidence against Sarabjeet. Later, Vikram asked Jagga for a lift in his car and fitted a transmitter secretly in Kulwant’s purse.

Now as per the gossip news of Chhoti Sarrdarni, Kulwant will witness her grandson playing with a device. She will find out that Vikram fitted a transmitter secretly in her purse to spy on her.

Meanwhile, Meher will invite Vikram and Aditi to the Gill mansion. Vikram will get suspicious of Meher’s kind gesture according to the spoiler updates of Choti Sarrdarni serial.

Let’s see what happens next in the future story of Chhoti Sardarni serial.