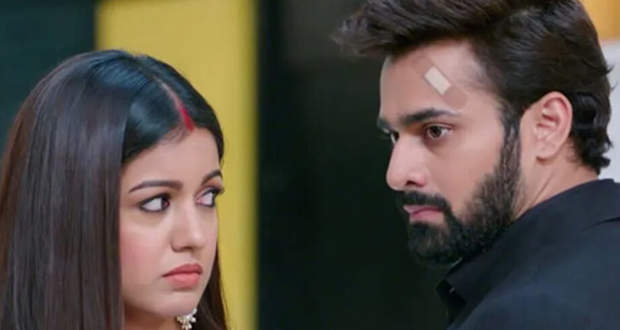 Bepanah Pyaar Latest Gossip: Raghbir to get in grave danger

In the upcoming episodes of Bepannah Pyaar serial, Raghbir will get in a dangerous situation as he will get stuck in a room set on fire while being in a drunken state.

So far in Bepanah Pyar serial, Pragati has realized she misunderstood Raghbir and now believes he was not behind Bani’s murder.

Meanwhile, she is suspicious about Harshit who has made several attempts to kill her.

Now according to the spoiler twists of Beypanah Pyaar serial, Harshit again chalk out a plan for killing Pragati wherein he will set her room on fire.

However, Raghbir will get stuck in a drunken state in the room amidst the fire.

Later, Pragati will find Raghbir in trouble and will risk her own life to save her husband as per the gossip updates of Beypannah Pyar serial.

Let's see what happens next in the future story of Beypannah Pyaar serial.

© Copyright serialsindia.com, 2018, 2019, 2020. All Rights Reserved. Unauthorized use and/or duplication of this material without written permission from serialsindia.com is strictly prohibited.
Cached Saved on: Sunday 22nd of May 2022 04:28:01 AM