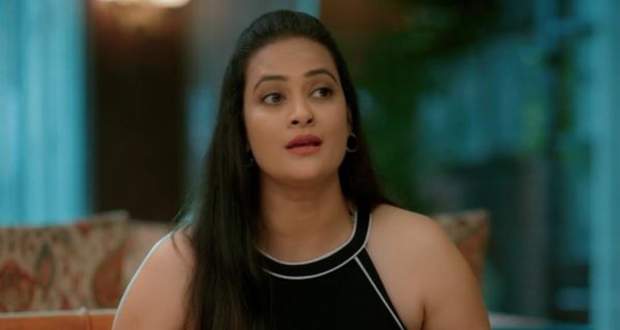 In the forthcoming episodes of Anupamaa serial, Devika will threaten Vanraj and his family to not cause any trouble to Anupama.

Up until now in Anupama story, Kavya disrespected Baa after which Anupama asked her to go to Nandani's place for a few hours until Baa's anger cools off. Later, Kavya packed her bags and left Vanraj's house and later manipulated Vanraj into thinking that Anupama kicked her out of the house. Further, Vanraj asked Anupama to leave their room.

Now as per the gossip twist of Anupama serial, Anupama will spend the night at her friend Devika's house. Later, Devika will come to the Shah house and threaten Vanraj and the Shah family to put them behind bars if they troubled Anupama.

Later, Vanraj will propose to Anupama to marry him once again as he will be scared of Devika's threats according to the spoiler news of Anupama story.

Let's what will be Anupama's reaction in the future episodes of Anupama serial.

© Copyright serialsindia.com, 2018, 2019, 2020. All Rights Reserved. Unauthorized use and/or duplication of this material without written permission from serialsindia.com is strictly prohibited.
Cached Saved on: Wednesday 30th of November 2022 12:24:06 AM